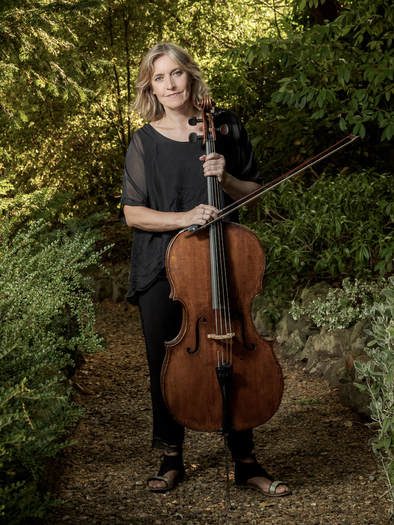 SALLY PENDLEBURY (cello) grew up in Manchester and attended Chetham's School of Music. At the age of fourteen she became the youngest founding member of the European Community Youth Orchestra and was its principal cellist for three years. Sally studied at the Guildhall School of Music, and during that time she won the Capital Radio Prize and was a Shell/LSO competition prizewinner. She also won scholarships to study in Düsseldorf and Boston. A member of the Chamber Orchestra of Europe, Sally has performed and recorded with many of the great soloists and conductors of today.

She was also a founder member of the Vellinger String Quartet, which won the 1994 London International String Quartet Competition and toured regularly throughout Europe, Japan and the USA. The quartet performed at many festivals, including those in Edinburgh, Mondsee and the Klangboden in Vienna, as well as the Mostly Mozart Festival at Lincoln Center (New York).

Sally is regularly invited to perform in festivals internationally, and this year will participate in chamber music series in New York, San Francisco, Nürnberg and Graz. Sally often appears as guest principal cello with many British orchestras, such as English Chamber Orchestra, Scottish Chamber Orchestra and the Philharmonia, and she has been principal cellist with Opera North.