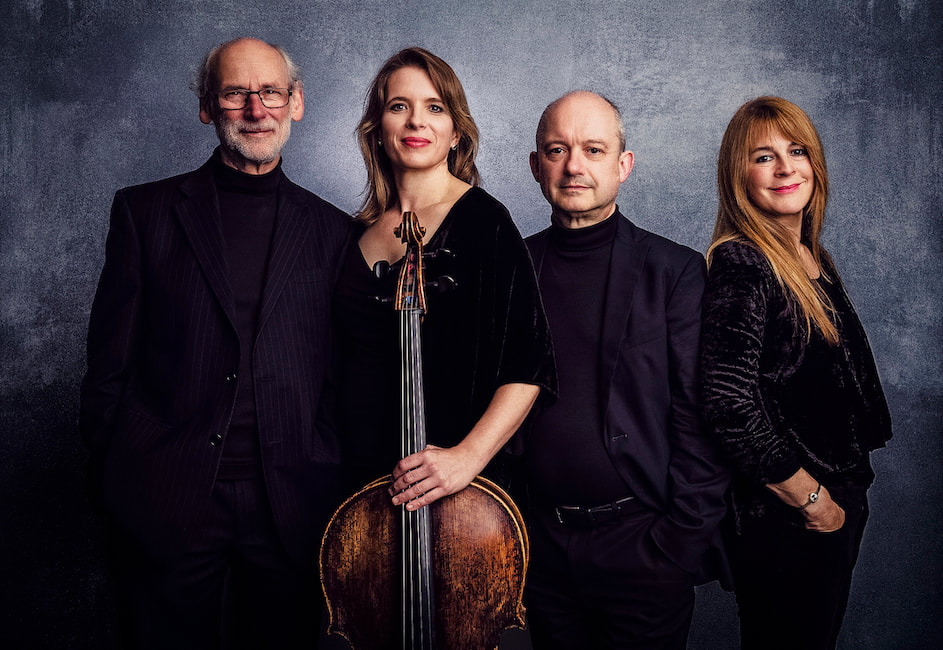 On 21 October the members of the Quartet were each elected Fellow Commoners "with enthusiasm!" by the Governing Body of Clare Hall, Cambridge: "awarded to members who make, and continue to make, a conspicuous and exceptional contribution to College Life" - thus confirming their new appointment as Resident Quartet at the College. They will begin active work there with a concert on 8 January 2022, to include Beethoven's visionary C sharp minor Quartet (Op.131). Further concerts will take place on 5 February (featuring the College's Resident pianist, Patrick Hemmerlé), 15 May, and 10 July; plans are also afoot for masterclasses, workshops, chamber music coaching, etc.

As reported last Autumn, after 6½ months without concerts the FSQ finally resumed activity on 2nd Oct 2020, at Benslow Music, Hitchin. But we only managed a handful of dates before the pandemic silenced us for a further 6½ months – a strange symmetry there…… Even then, a hotel weekend in Aldeburgh with writer/broadcaster Richard Wigmore – scheduled for 14/15 May – had to be re-arranged, when the opening up of hospitality was announced for May 17! But we have since made good that engagement, along with others in Powderham Castle (South Devon), Music in the Village (Walthamstow), Buxton International Festival, and the Candid Arts Trust, Islington – this a remarkable event, in aid of the Susanne Beer Cello Corner Foundation, in which previous FSQ cellist Heather Tuach enabled young pupils of the late Susanne Beer herself to perform with the quartet.
​
So we are back up and running, at last – albeit with a somewhat different look: in January 2020 (even before the first lockdown) we had to bid farewell to our outstanding 2nd violinist Marcus Barcham Stevens – finally lost to the Scottish Chamber Orchestra, after tirelessly trying to combine quartet playing with his new role as their principal 2nd violin. He first played with the FSQ in September 2012 and filled the position with distinction and flair – as well as composing a number of exquisite fantasias for us, to pair up with Purcell’s timeless examples. Thereafter we were very fortunate to have secured the services of Andrew Roberts for the remaining concerts until lockdown. He had been known to the Fitzwilliam players for many years – in July 2019 taking part in a performance of the Mendelssohn Octet. Despite all the subsequent months of inactivity, we were thrilled when he agreed to become a member of the quartet in May this year. Andrew comes from a highly distinguished dynasty: his father was the great pianist Bernard Roberts, and his brother Nick the cellist of the Coull Quartet. For a time they even had a trio together; but Andrew has also been a prominent member of the Chamber Orchestra of Europe, Orchestra of the Age of Enlightenment, and the Auriol Quartet.
We have since set our sights on other engagements re-scheduled from the periods of lockdown, beginning in September with our own Chamber Music Festival in Hay-on-Wye – albeit still under carefully and strictly controlled Covid regulations.
Amazing to be back playing again – let’s hope for a bit longer this time.....  Additionally, you can always listen to our recordings - which can still be ordered directly from the Quartet by emailing fitzwilliam.quartet@ntlworld.com

In July we had to report that the past Covid-infested few months have wrought further change: Sally Pendlebury has found that she is no longer able to commit to quartet playing. It was with great reluctance that we accepted her need to move on, yet pleased to share this testimonial to her time with us:
“I have enjoyed nearly 5 years of great concerts and three recordings which I’m proud of, but since lockdown my performing and teaching is taking me in a different direction......”
However, the good news is that the FSQ itself, whilst also moving on from this double change, can do so by welcoming back Sally’s predecessor, Heather Tuach: having spent the intervening years bringing up her son Lukas, she now feels ready to accept new challenges in the quartet. Not that she has been silent as a cellist: Heather has since joined the greatly admired Greenwich Piano Trio, and helped create The Susanne Beer Cello Corner Foundation in memory of her friend Susanne, who was former LPO principal cellist; most recently she has commissioned a set of three solo cello pieces from her former FSQ colleague Marcus Barcham Stevens, in memory of her father: https://youtu.be/PAgGAXx0sQE 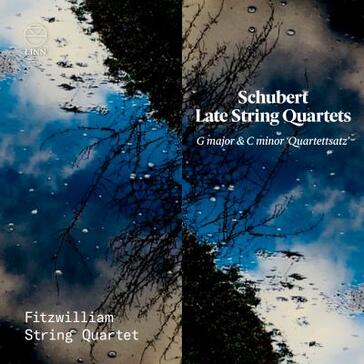 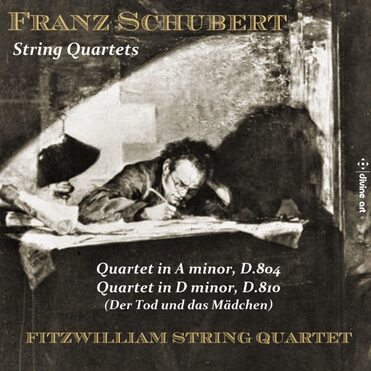 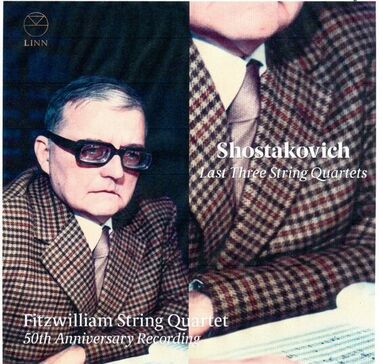 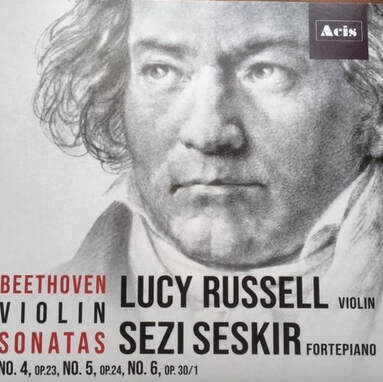