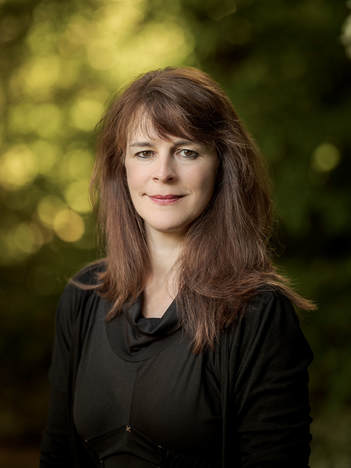 LUCY RUSSELL (violin) was born in Germany of Scottish/Norwegian origin, but has lived mainly in London. She was a Junior Exhibitioner at the Royal Academy of Music, going on to take music degrees at the University of York, where she gave the first British performance of the Norwegian composer Alfred Janson's violin concerto Forspil, based on Hardanger violin traditions (an instrument she actually plays – notably in Uwe Steinmetz’s Genesis). While still a student she was invited to play with London Baroque and the English Baroque Soloists, and by the City of London Festival as a solo violinist in their production/recording of Monteverdi's L'Incoronazione di Poppea.

She has been a member of the Fitzwilliam since 1988, becoming leader in 1995; with them she has played all over Europe, North America, and South Africa, as well as making recordings for Linn Records, Divine Art Records, the BBC, and various foreign radio stations. She has recorded for Channel Classics, Hyperion, DG, Hännsler, and Decca with other ensembles, having been leader of Florilegium, Concerto Caledonia, Classical Opera Company, Retrospect Ensemble, the Finchcocks Quartet, The King’s Consort, and the New Chamber Opera Band of Players, as well as a director of the Scottish Early Music Consort and a solo violinist in the New London Consort. When time allows she still leads Yorkshire Baroque Soloists, Armonico Consort, and Dunedin Consort, and has been invited to guest lead for the City of London Sinfonia. She has been Associate Leader of Southern Sinfonia, and has also directed the Danish group Ensemble Zimmerman. A CD set of the complete Bach Obbligato Sonatas, with eminent harpsichordist John Butt, has recently been issued by Linn, soon after which she presented a late night performance of JSB solo Partitas at the Three Choirs Festival in Worcester Cathedral. Over the past few years she has been giving recitals with Turkish fortepianist Sezi Seskir in a number of American Universities, including Cornell and Williams – and more lately in the UK last November. A CD of three of Beethoven’s sonatas, including the much loved “Spring”, is now available.

She has taught and given masterclasses all over the world – including the Czech Republic, the United States, South Africa, Singapore, and Russia. Closer to home, she has worked at the Royal Academy of Music with the Modern Instrument Baroque Orchestra, and at Trinity College of Music, Royal Holloway College London, Fitzwilliam College Cambridge, Birmingham Conservatoire, York University, the Royal Northern College of Music, St Mary’s Music School Edinburgh, Dartington Summer School, and Pro Corda. She is Professor of Baroque Violin at the Royal College of Music and at the Royal Birmingham Conservatoire, and Hon Professor of Violin at the University of St Andrews.

Lucy divides her time between performing on period instruments and their “modern” counterparts, exploring music from Monteverdi to the present day. She is currently training to be a Mindfulness teacher with Tara Brach and Jack Kornfield, and plans to share her knowledge and experience with other musicians/students to enable them to find calm and self-compassion on and off the platform. She is deeply grateful to all former teachers and mentors who have supported her own development over the years.
​She plays on a violin by Ferdinando Gagliano, made in Naples, Italy, in c1789.