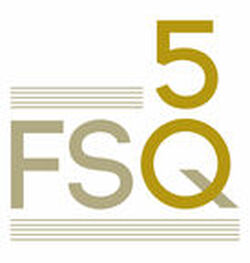 The founding members of the FSQ first sat down together in the Gaskoin Room at Fitzwilliam College, Cambridge, in October 1968 – as undergraduates during their inaugural term. Their first concert appearance took place in Churchill College the following March, ahead of their public debut at the Sheffield Arts Festival in June – making the Fitzwilliam now one of the longest established string quartets in the world, and possibly unique in having reached the milestone with an original player still on board! By way of marking the half-century it was felt that, rather than make a splash at a big London or New York venue, it seemed more appropriate to give something back to those British musical organisations who have supported the quartet over so many years: thereby travelling the length and breadth of the country, re-visiting as many favourite venues in 16 months as could be accommodated; also teaming up with past quintet guests; championing composers who have written for the Fitzwilliam; and broadening horizons via the FSQ’s long-time Shostakovich association, presenting his music with readings by Peter Florence, or live painting by Maryleen Schiltkamp and Dora Williams.  An extensive diary of 50th anniversary events was left incomplete by the Covid pandemic in March 2020, having overflowed from the 2018/19 season.
There have also been new CD recordings issued: of quartets by Schubert on gut strings (Death & the Maiden and the A minor – with the C minor and G major put down early in 2020, and now scheduled for release in November 2021) – as well as a re-visiting (after 43 years!) of the three quartets (Nos.13, 14, 15) which Dmitri Shostakovich himself sent to them towards the end of his life. The FSQ also helped celebrate other significant anniversaries, not least leader Lucy Russell’s own 30 years in the group; but also their eponymous Cambridge college, Jeffrey Skidmore’s Ex Cathedra, Leamington Music Festival, Fishguard Festival, Martin Randall Travel, Opera North’s Howard Assembly Room, and Gloucester Music Society.

As part of the residency the quartet will coach student string players and scholarship groups, and mentor advanced players looking to enter postgraduate study or the music profession. The group will also participate in special projects with university groups such as Byre Opera and the Strings in Spring course. Michael Downes, the University’s director of music, said: ‘Since the Fitzwilliam first visited St Andrews in 2010, they have made an enormous impact on musical life in the university and the town. As one of the few leading British quartets to perform regularly on both modern and period instruments, their incredibly versatile musicianship has been displayed in projects as diverse as productions of Baroque opera, CD recordings with St Salvator’s Chapel Choir, and premiering contemporary works with principals from the Scottish Chamber Orchestra.’ ​